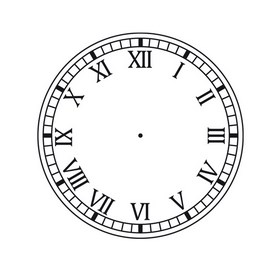 Why do some Roman numeral dials represent the 4th hour as IIII instead of IV?

There are a number of theories on this matter, but for simplicities’ sake, we will only discuss the three most common opinions.
One explanation is that a famous clockmaker was commissioned to build a clock for a powerful king in Europe. The clockmaker printed the dial with the 4th hour represented as IV, as is the correct manner. The king informed the clockmaker that it was wrong and should be represented as IIII. The clockmaker assured the king that IV was correct. However, the king persisted and the clockmaker wanting to keep his head attached to his body, changed the dial to feature the IIII configuration – thus, the tradition was born. This of course is very unlikely, but it does sound colorful.

The next explanation dates back to Roman mythology, when apparently IV was too similar to the name for the Roman god ‘Jupiter’, whose name in Latin begins IV. I representing the J and V being used instead of U in ancient times, thus IV (in Latin) represented the abbreviation JU for ‘Jupiter’. They felt it was disrespectful to display the name of a god on the face of a clock. Again, this seems a bit far fetched, but you never know – it’s just crazy enough to be true.
The final explanation (and likely the correct one), is also the simplest. It’s just a matter of symmetry on the dial. With the 4th hour represented as IIII, then you would have the first 4 hours displaying the I numeral, the second 4 hours displaying the V numeral and the last 4 hours displaying the X numeral. Furthermore, the hour position opposite the IIII is the VIII. These numerals are more similar if physical appearance (and size) than IV & VIII would be, thus the IIII configuration makes more for a more balanced appearance on the dial. As usual, the simplest explanation is often the correct one.