How was the standard direction of clockwise (left to right) determined? 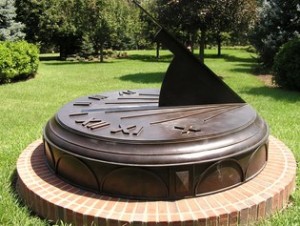 Although this is difficult to conclusively determine, there is a general consensus regarding why the hands of a clock move from left to right, thus clockwise.

The explanation dates back thousands of years to the earliest civilizations: the Sumerians and Babylonians, who tracked the movement of the stars in the heavens from left to right. This was due to the fact that they were located in the Northern Hemisphere, and since the Sun was located to the South, you would have to face South to track the Sun’s path across the sky. They even wrote of religious ceremonies and events that required left to right motions. This could also have been the inspiration for modern writing flowing from left to right, as well as a number of other habits and rituals which utilize a left to right motion.

Centuries later, the Egyptians created giant obelisk-shaped sundials called Cleopatra Needles, which cast shadows onto the ground to track the 12 parts of the day. Due to the size of these sundials (or sun-clocks, as they were often called), one had to stand back, facing the North, if they wanted to easily view the shadows – thus, the shadows would travel across the ground from left to right. Otherwise, if you faced the South, you would constantly be looking over your shoulder to view the shadows. Again, this was due to the fact that they were located in the Northern Hemisphere, and the Sun, being in the South, would cast shadows to the North.